We woke early and packed quickly. It took a long time for the three of us to pack away our food. I was carrying more than I ever had before – both my food bags were overflowing and my emergency food bag (a small, burlap sack I found in a hiker box) was busting at the seams. We arrived back at the trailhead at 9:00am.

I said goodbye to Medicine Man and thanked him for his hospitality – he really helped us out. I left a little sad he wouldn’t be rejoining us.

The three of us set off north. Black Santa still wasn’t feeling well and quickly fell behind. Greyhound and I still felt motivated and powered on. The trail was mossy, difficult and beautiful. 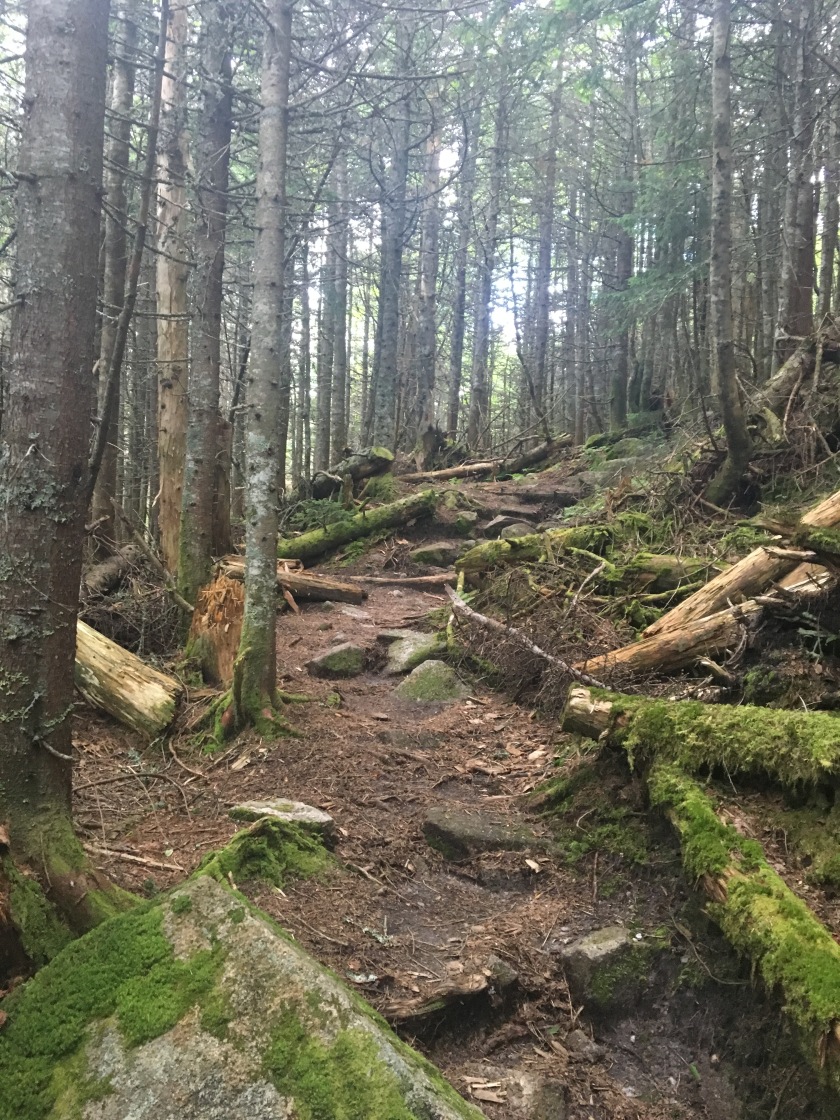 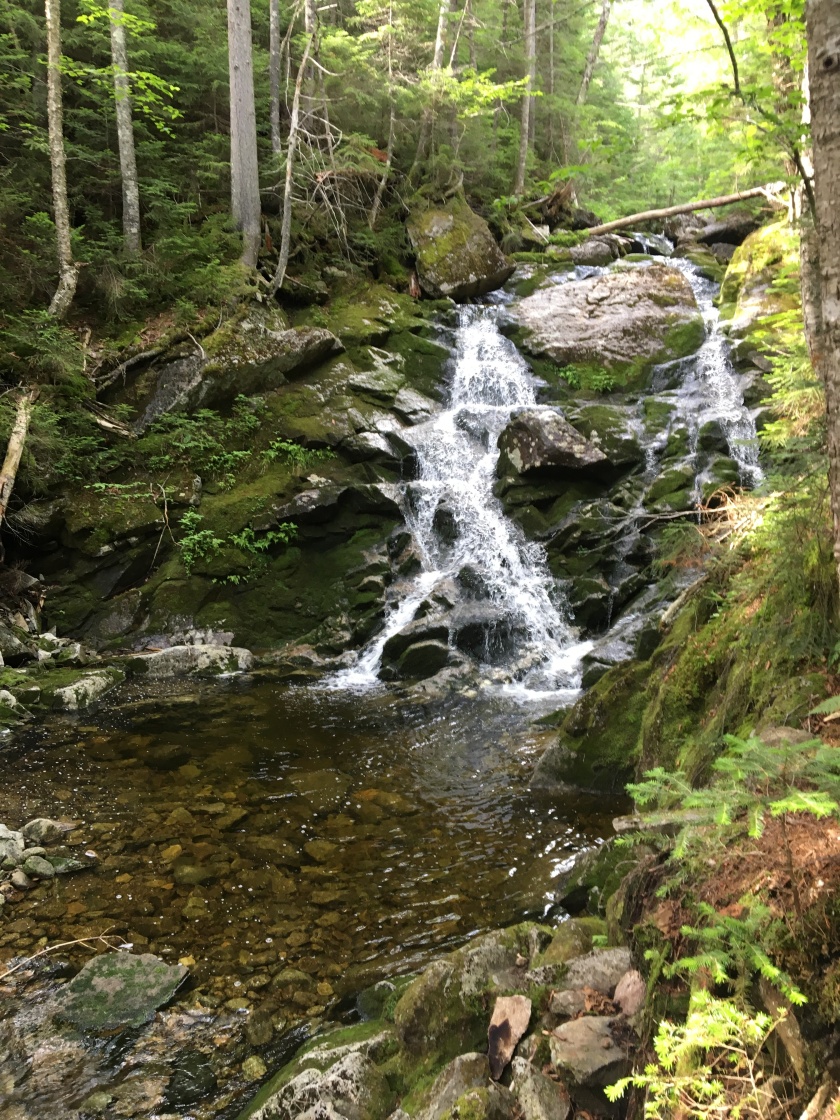 We took a break at the Eliza Brook Shelter at 2:30 and had lunch – Black Santa still hadn’t caught up. We pressed on – Greyhound ran into a precarious situation near Harrington Pond, probably about halfway up South Kinsman Mountain. 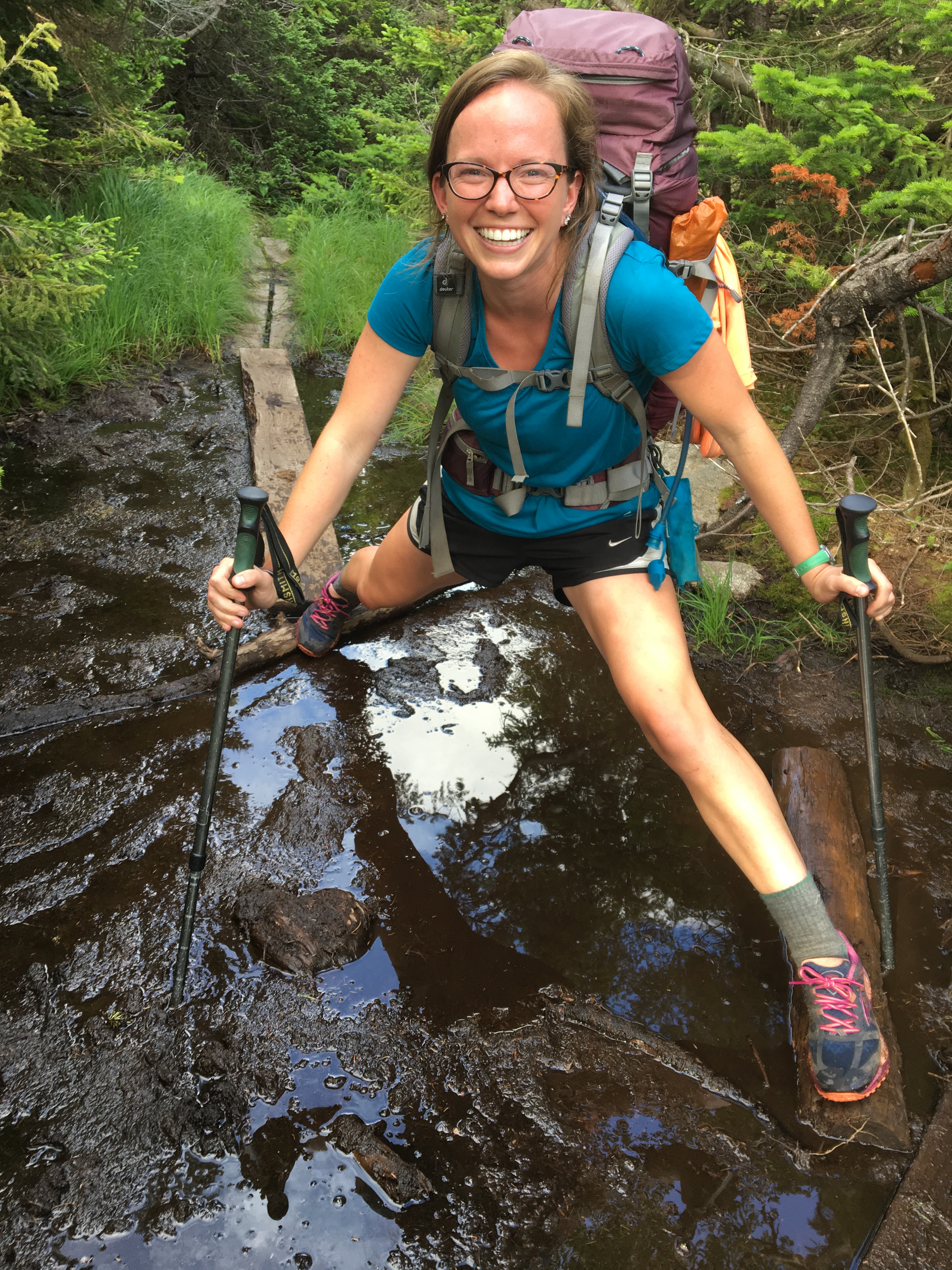 We finally summited North Kinsman Mountain at 6:30pm – Black Santa caught up briefly but wasn’t feeling well and decided to set up camp. Greyhound and I left for another round of night hiking just before 7:00pm. 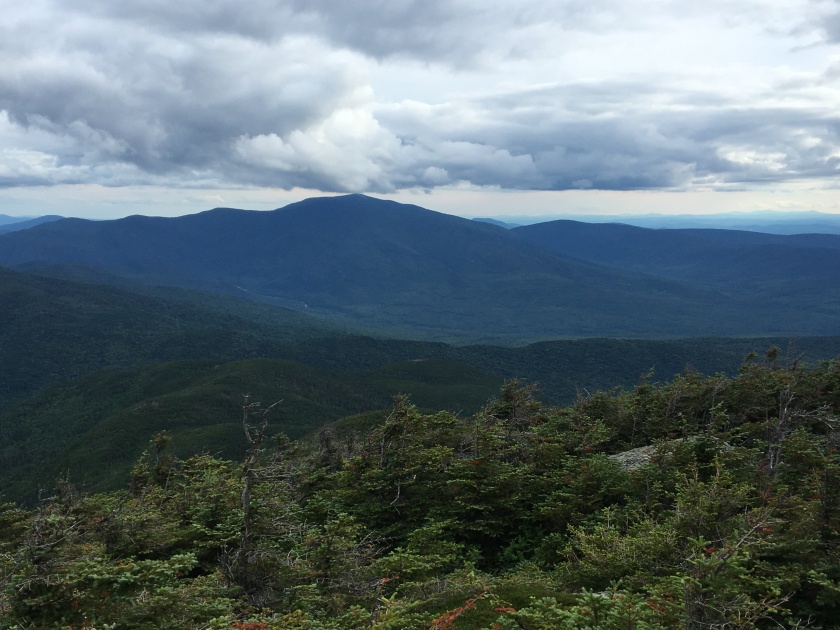 The weather was nice and we were primed for another successful hike. The descent down from North Kinsman was just as difficult as the ascent up. I had never heard Kinsman Mountain before – this day proved to be one of the more challenging I’ve hiked in months. The trail eventually leveled off and we finally started making good time – we arrived at the I-93 underpass just after 9:30pm having hiked sixteen miles in twelve hours – the Whites are no joke folks. 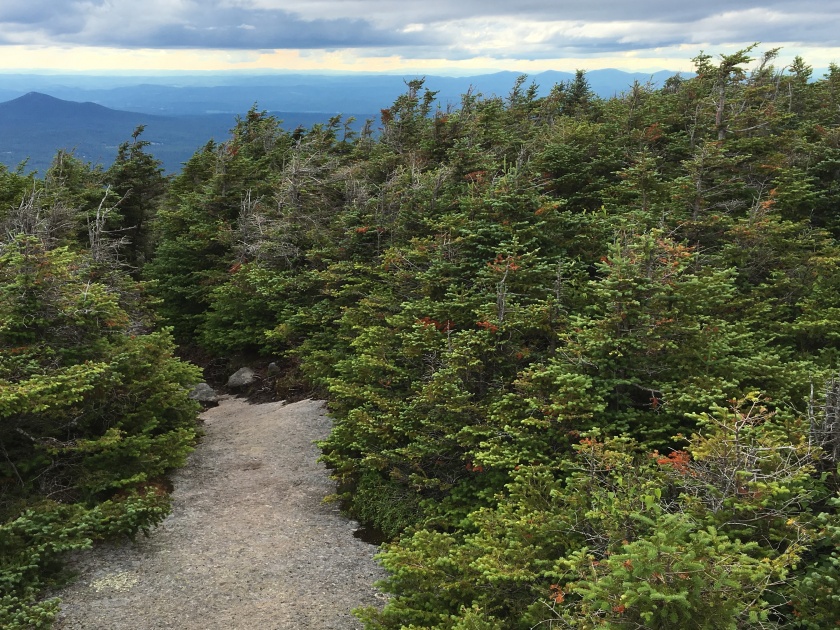 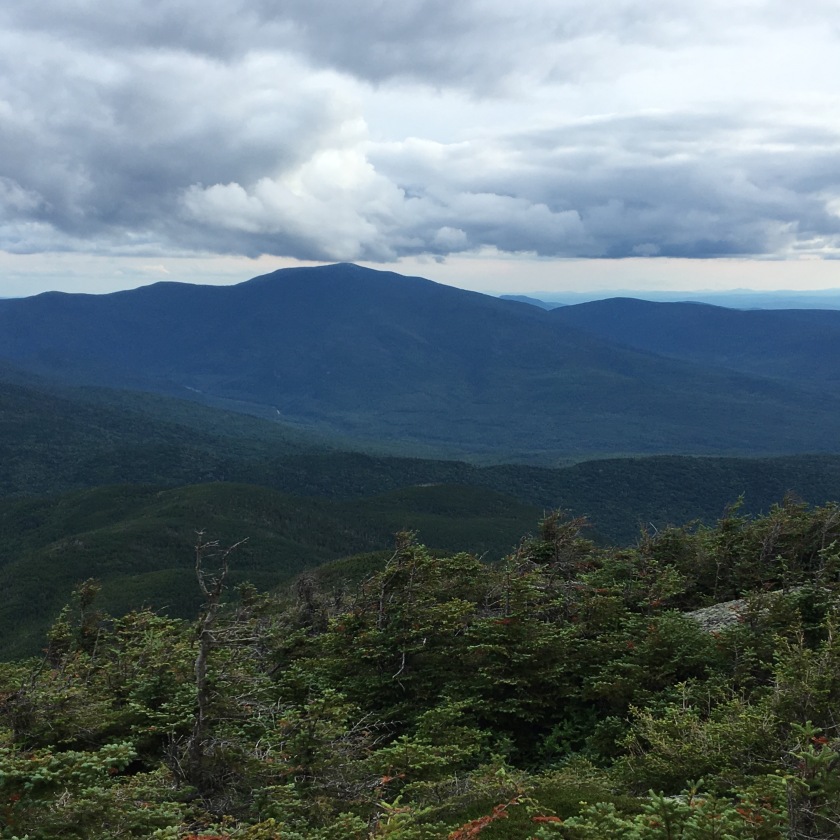 We decided to cowboy camp on a rock slab next to the creek, but still under the bridge. We cooked a quick a dinner and spread our air mattresses and sleeping bags out on the rock face. It was chilly, but not too cold. We found ourselves ready for bed by 11:00pm, totally shocked that our first mountains in the Whites slowed us down so much. Tomorrow would probably be better.