I woke up at 6:30 and started packing up. Today we would slowly ascend Mount Washington, stopping just shy of the summit at the Lakes of the Clouds Hut. I’ve always wanted to stay here, Greyhound and Black Santa agreed to stay as well. Work-for-stays are granted on a first-come-first-served basis. In addition to having four WFS opportunities available every night, LOC also had a basement bunkroom known as The Dungeon.

We left Crawford Notch at 7:30am and slowly started ascending. By 8:45, we had gained nearly 2,000 feet in elevation, pausing to take a break at Webster Cliffs. We finally summited Webster at 10:30 – we were only three miles away from Crawford Notch. We knew we’d soon be hiking near or above treeline and the trail should get easier.

We crossed Mount Webster and Mount Jackson and stopped at the Mitzpah Spring Hut for a hot snack, Black Santa was ahead and didn’t stop. After gaining elevation all morning, it was noticeably colder now that we were back in the Presidentials. I was thankful to take a break and warm up indoors. We ate minestrone soup with cornbread – it was a welcome snack. 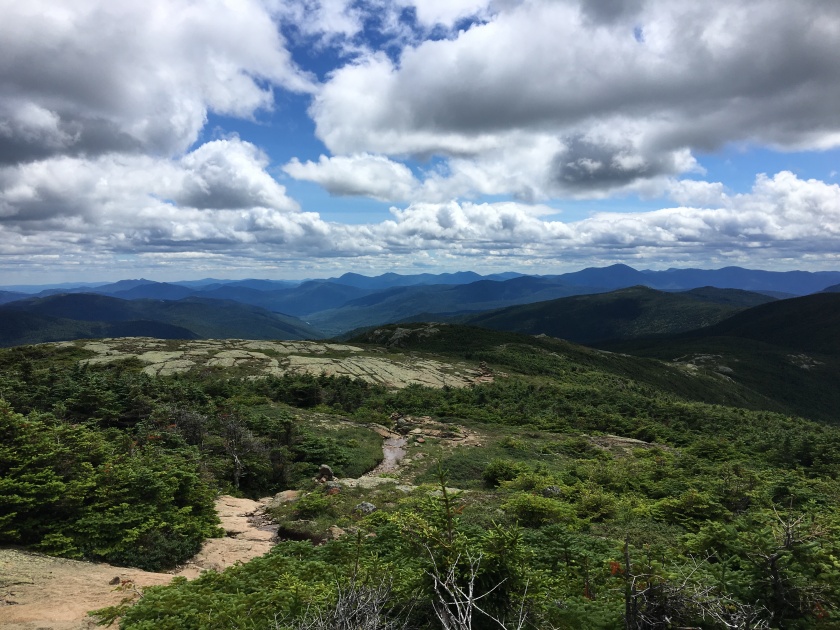 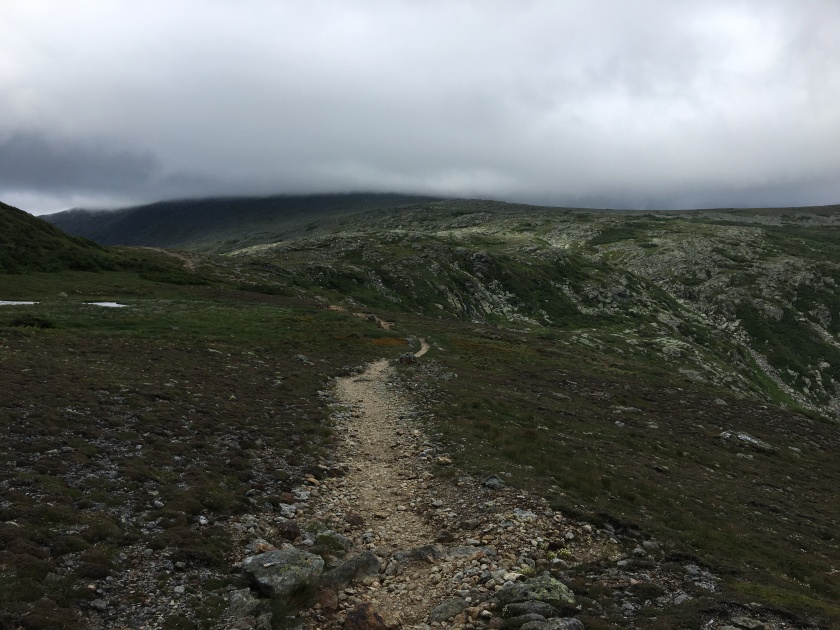 We left at 1:00pm and started making the slow climb up to LOC. The trail was beautiful and the views were simply stunning. I just wanted to keep pausing to take it all in. Fearing the dungeon would fill up, we started booking it on the exposed terrain and made to the hut at 4:00pm. Black Santa was already there – he was able to land a WFS. Greyhound and I paid for out bunks in the dungeon and walked around the building to see what we had in store for the night. 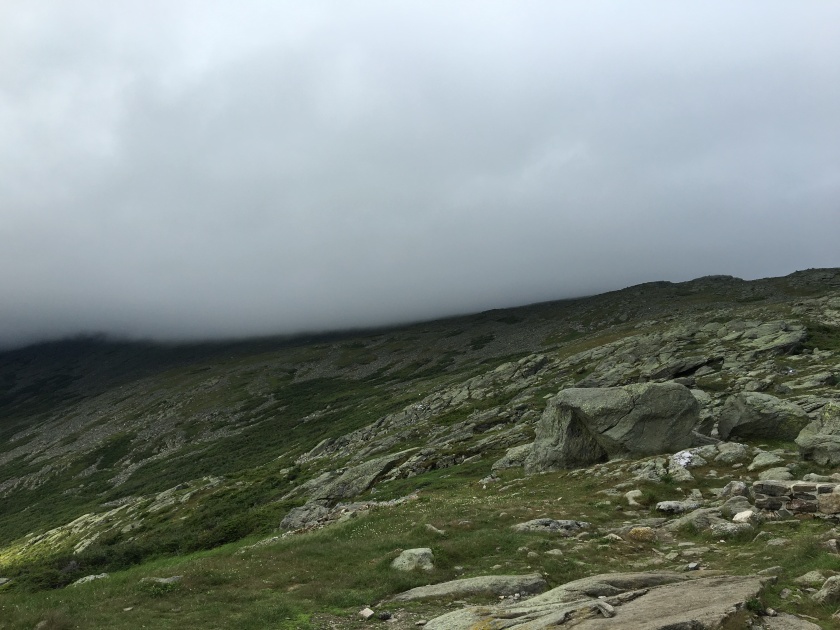 It was pretty ridiculous. Two bunks for six hikers, no bathroom or running water, and a giant, squeaky iron door that bangs shut every time someone walks in. I see why they call it the dungeon. We both cooked a quick dinner and laid down to read and write. I ventured upstairs to chat with Black Santa. He had just finished cleaning up after dinner and was enjoying a large plate of lasagna. I was a little jealous. 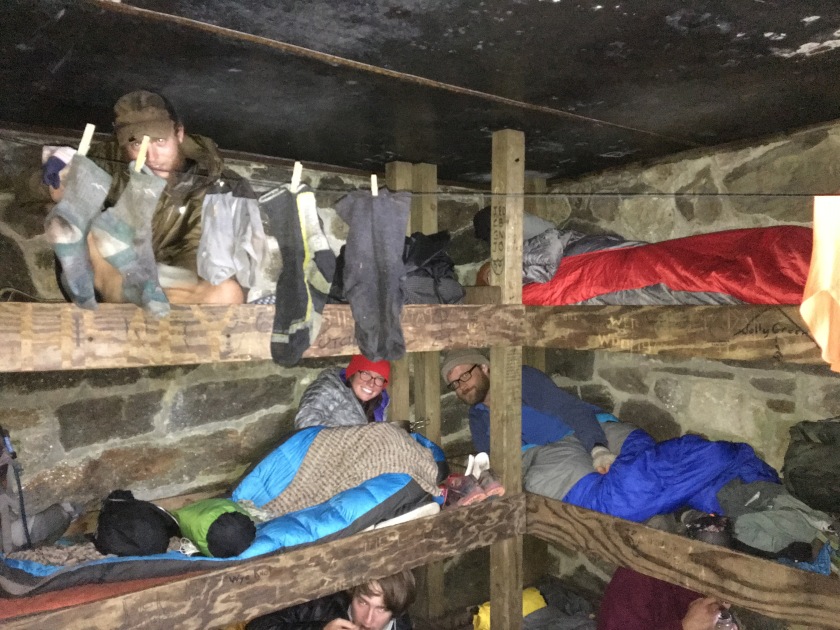 As I ran downstairs, I noticed how cold it had gotten. It was easily in the 40’s with strong wind gusts. Thick clouds were moving in. I clanged the door to the dungeon shut one last time for the night, hopped up into my bunk and fell asleep.