We broke camp early and were on the trail by 7:30am – for once, it didn’t rain and we started our day with deep blue skies overhead. The trail ahead looked easy – just a gradual descent down ten or so miles down to Oquossoc, ME. We wanted to make it there by lunch. 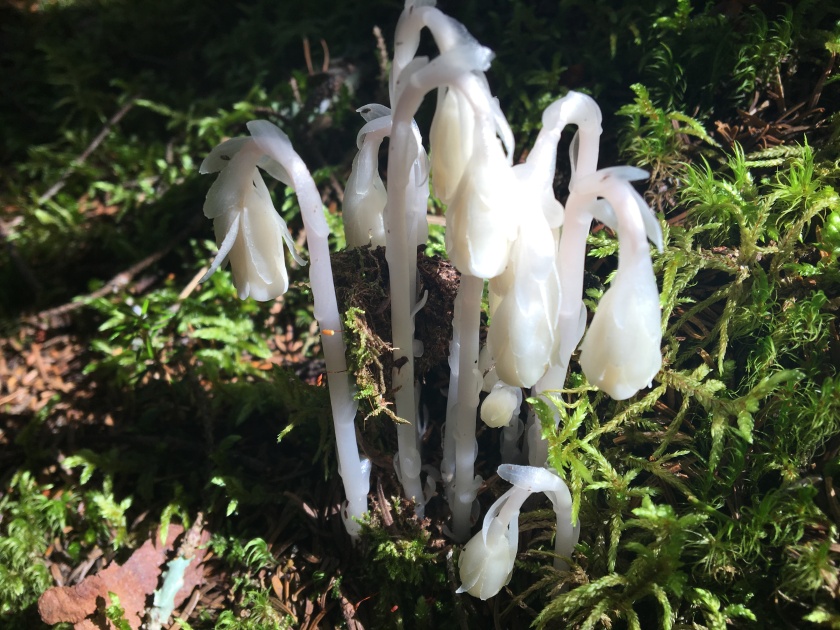 As we summited Bemis Mountain at 11:00am, we ran across a huge patch of wild blueberries. We paused and picked a fresh snack for about half an hour. We also gathered moose poop for Greyhound’s mom. 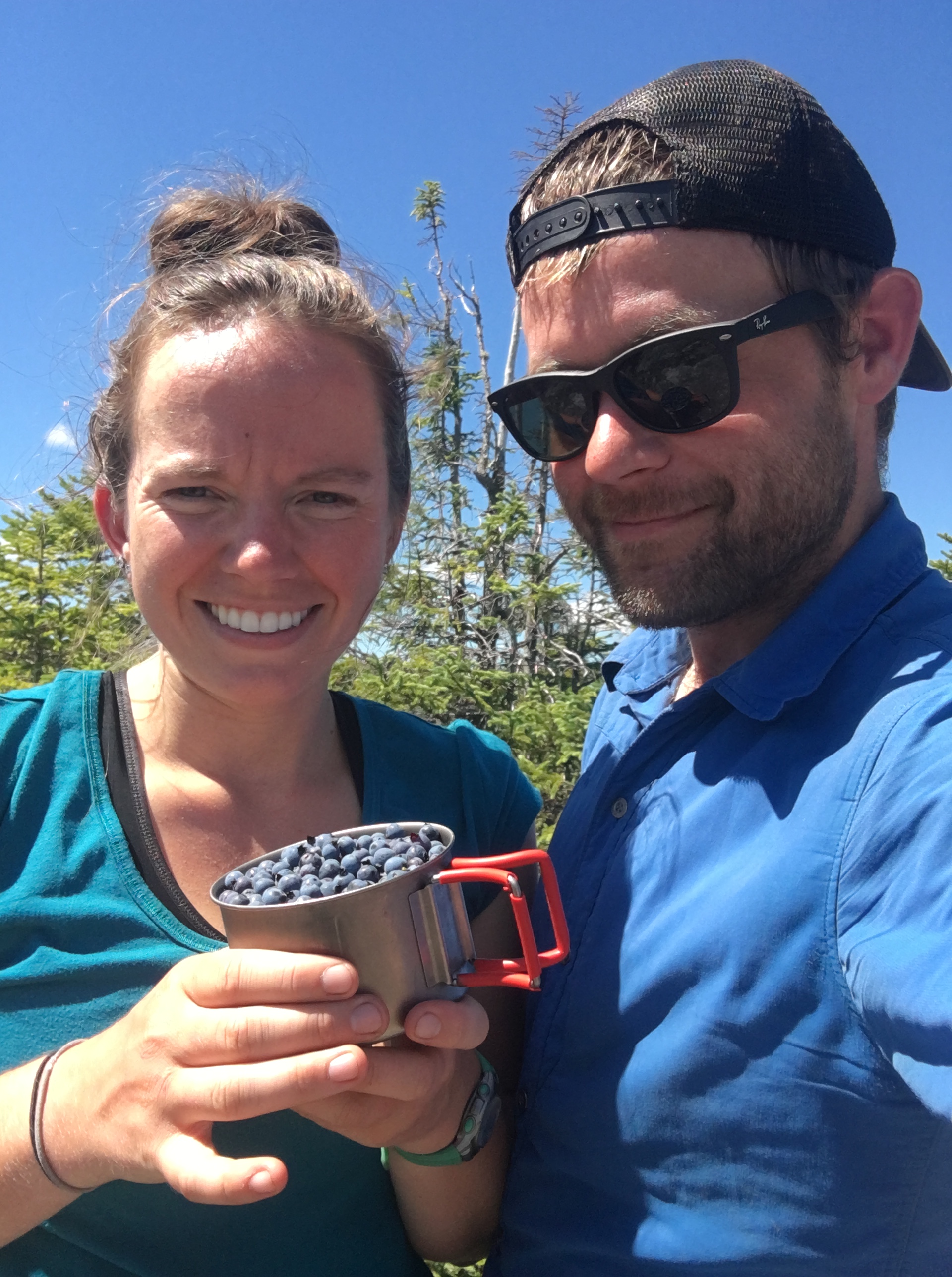 About that – we had actually been gathering moose poop for quite some time. Her mother read online that dried moose poop, once dipped in paraffin wax, made excellent firestarters. And they were apparently quite expensive. Greyhound thought it’s be nice to send her mom a box packed full of moose poop. I helped.

We left Bemis Mountain with another gallon-size Ziplock full of flammable feces. We hurried towards Bemis Stream, some five miles up trail. The blueberries made for a great snack, but we were both nearly out of food and running low on water. And Rangeley was still many miles away.

We were about half a mile away from the stream when we saw a small sign inviting thru-hikers to trail magic at the next road crossing. We spilled out onto the gravel road at 12:30 to find a very nice couple grilling burgers and hotdogs for hikers. What a treat! We initially didn’t let on that we were nearly out of food – I think they could tell by the rate we were consuming everything they put in front of us. Right time, right place.

We were anxious to leave, we were already falling behind schedule, but stayed and chatted for a while. We really had a great time. The couple told us that, if we needed to get to town, catching a hitch was very easy. The AT crossed ME 17 at Height of Land, a well-known vista.

We profusely thanked our hosts and headed off for the road crossing. We reached Height of Land just before 3:00pm – the views were truly stunning. But we didn’t waste our time – we quickly set about trying to get a hitch into town.

After about fifteen minutes, we were picked up by a nice gentleman and driven into town. The driver dropped us off at the town market – we ran inside and grab all sorts of food. I bought shrimp, broccoli and peanut sauce – I was gonna try and cook trail pad thai tonight. We made sure to buy more than enough food to get us Stratton, ME, now two and a half days away.

After getting picked up from the market and driven back to the trailhead by a hilarious mother/son duo, we began making our way to Sabbath Day Pond. The trail was initially difficult, but we made it. We approached the pond at sunset and decided to cowboy camp on the gravel beach rather than hike closer to the lean-to.

The sunset was amazing – and so was dinner. My trail pad thai was a success. I slept a few feet from the water’s edge and listened to loons screaming as I dozed off.

I got a text from Black Santa – he made it Rangeley.