I woke at 6:00 – it was fairly cold again with temps hovering in the low 50s. I didn’t want to leave my tent but had to – I’ve been finding myself on an early morning privy schedule. I returned to my tent and jumped right back into my sleeping bag – I slowly packed and tried my best to stay warm. I could hear Black Santa and Get Weird packing up as well.

I emerged from my tent at 7:00 to find Get Weird suited up and ready to go – Black Santa was in a similar state of ready as me. Get Weird hit the trail – Black Santa and myself left about 30 minutes behind.

Today called for a fairly level hike into Port Clinton, PA about 25 miles away. Black Santa and I both needed to get to the post office in town, preferably by 4:30 – I personally didn’t want to wait for it to open tomorrow morning.

After a long rock scramble out of camp, the AT finally leveled off and Black Santa and I started making good time.

After the scramble, the rocks got smaller, but remained an issue all day. Black Santa and I realized the best way to tackle the small rocks was to put our trekking poles away and move our feet as fast as we could – at times it felt more like dancing than hiking.

Champa texted and let me know that Savage, McDoubles and himself were about five miles ahead – I wanted to see if I could catch them by day’s end.

It was 9:30 when Black Santa and I stopped at our overlook for the day and had snacks. We both felt great and foresaw making the post office with time to spare – and that’s how it got started. What if we made a game of it? We called our hike today the Port Clinton Challenge – 25 miles before the post office closes at 4:30. And just to make it fun, we decided that we’d accomplish this feat without proper meals – we were only going to eat snacks all day. We had seven hours to cover the remaining 19 miles – Black Santa insisted I take the lead.

I paused only a handful of times over the next few hours – I had been hiking in forest dominated with ferns. It was stunningly beautiful and I had to stop to take a few pictures.

We stopped again, just after 10:00, to take a quic picture of an impromptu milestone marker – 1,200 miles hiked so far! 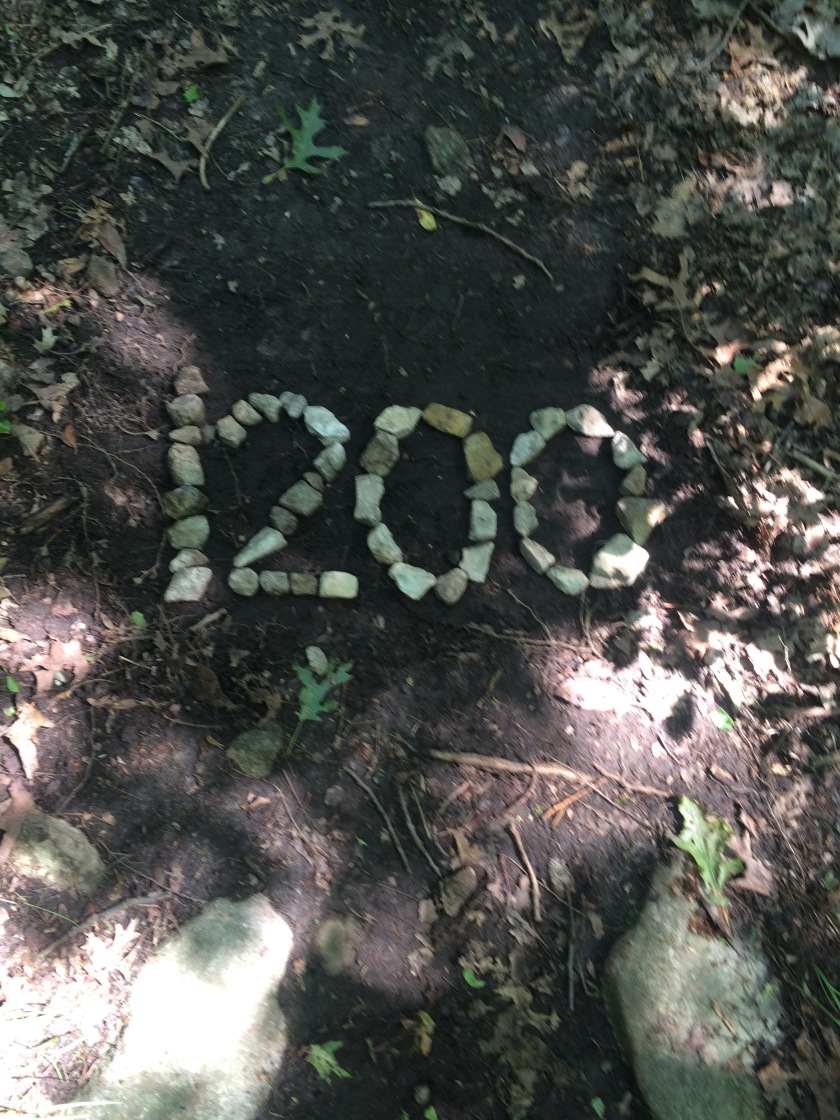 We stopped again at the Fort Dietrich-Snyder Monument (just a plaque on a rock – nothing special) and were pleased to find a cooler of trail magic – really good stuff, too. I snacked before moving on again.

I kept checking the time and my GPS app – we were consistently hiking just fast enough to make it into town on time. But I was starting to slow down. Those damn rocks were ripping at the soles of my feet. I said as much to Black Santa, insisting he retake the lead. He pressed on, still determined to complete the Port Clinton Challenge.

At 12:45, I officially threw in the towel – I found myself with 13 left to go and less than four hours to get there. I was a little disappointed, but hey, my ridiculous challenge propelled me to put up some fast miles on terrible terrain. I slowed to a manageable pace and kept hiking north.

At 2:00, I caught up with Shaggy at the Eagle’s Nest Shelter – he was finishing lunch. He relayed that Get Weird was maybe five minutes ahead – Black Santa left a whopping half hour ago. He was still trying to make it to the post office by 4:30.

Shaggy and I hiked together for a while. At around 3:00, I found a note from Champa in the center of the trail. It politely asked me to take a few pictures with my camera for him – he sent his heavy DSLR home a few weeks ago. 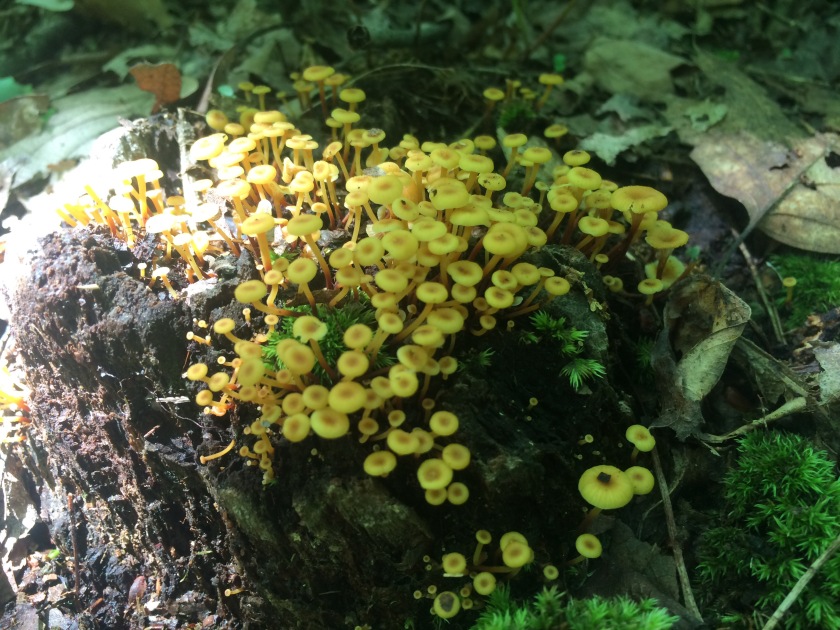 Since I was already sitting down to take some photos, I decided to make a break of it. I spread out just off-trail and snacked for the better part of an hour. I was horribly sore -my feet were killing me. It felt good to stretch and change socks.

It was my hope that a long break would propel me straight into town – I had just under eight miles left on the day. Unfortunately, that wasn’t the case – those rocks were just too much for me. As I limped closer to town, my phone started pinging. Champa and Savage were the first to arrive.

At 4:15, I got a call from Black Santa. He made it to the post office with time to spare. I was jealous – I wanted nothing more than to get off this rocky trail. I still had four miles to go.

Both Get Weird and McDoubles cruised in before 6:00 – I finally made it at 6:30. I was very thirsty and definitely needed to visit a privy. I shuffled through town and made my way to a pavilion to camp for the night. Port Clinton allows hikers to sleep and cook in the pavilion rather than camp along the river.

As I approached the pavilion, I ran into Tortilla – he had just gotten back from dinner in the next town over and was starting to make camp. We were the only two folks there – nearly everyone else got into town early enough and decided to hitch into Hamburg, PA to visit either the Walmart or Cabella’s.

Black Santa was the first to arrive back at the pavilion – he had been shopping at Walmart and purchased some Rice Sides for me. I really appreciate him doing that – now I have enough dinners to make it to Delaware Water Gap.

After playing a few games of pool at the fire station, I returned to the pavilion and laid down to start writing.

I’m sore and tired. I can’t wait to fall asleep.

I get to pick up my bounce box tomorrow morning – I should have more than enough snacks and protein to get to Delaware Water Gap no problem.

I am done with Pennsylvania.