I woke up early and quickly headed to the lobby for a cup of coffee and a donut. I looked like my decision to stay and wait out the polar vortex paid off. Shuttles dropped off a few sets of hikers, only checking into the hotel to get out of the cold. Apparently it was in the low 20s all night at Bald Mountain Shelter, seven miles north of where I’m tenting tonight.

I returned to my room and started packing up. I grabbed a few extra meals (some real high-dollar stuff) from the hiker box on the way – this brings my food supply to 8 days (excluding tonight). I guarantee, my pack hasn’t been this heavy since walking through the stone archway at Amicalola Falls a month ago.

Eight days of food gives me a few options – Damascus, VA is only 150 miles away, an extremely doable trek for that size food supply. If I fall short, there’s a few small towns before hitting Damascus I can quickly resupply in.

I packed my bag and called the shuttle. I missed the window on the 10:00am departure and waited for the 11:30. We had to split the group – the shuttle couldn’t take us all. It was decided the slower hikers should start first, get a head start. I rode in the front seat.

We arrived at Devil Fork Gap at noon and hit the trail hard. We faced a steep ascent up Lick Rock. The trail was beautiful. For nearly a mile, I hiked alongside a series of springs, some significant, some mere muddy puddles, as they all slowly flowed down the mountain. It was very cool to hike with plants for the first time – they stood in stark contrast to the barren landscape I’ve become accustomed to.

After crossing Lick Rock (it’s a mountain), the trail leveled off. I decided to clock myself – see what this enormous pack did to my speed. I made the 2.8 miles to Hogback Ridge Shelter in just over an hour. It felt really good to move.

After a quick water refill, I hiked on toward’s Sam’s Gap – a significant road crossing. Here, the trail actually follows an underpass for I-26.

Savage had taken the lead from the start and the faster hikers eventually caught up with the 30-somethings (myself and Medicine Man). We all hiked into Sam’s Gap and found Savge waiting for us in the parking lot. It was nearly 4:00.

We all had a quick snack and decided to camp at the next available water source/tent site. The trail north gently rose and I found myself walking alongside an old barbed wire fence. I had noticed in earlier in the day, but as I left Sam’s Gap, the fence really started to stand out. 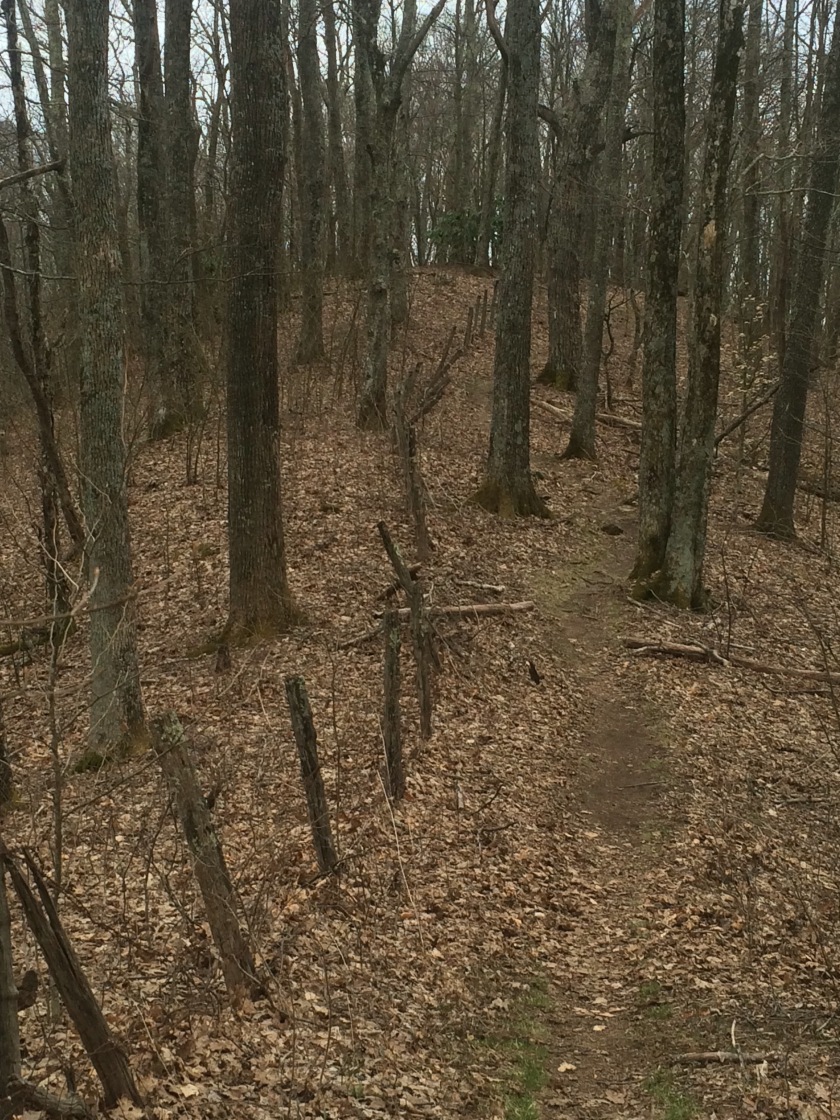 And I’m talking miles of this fence. For a while now, the AT has straddled the TN/NC border – this fence was an old private property demarcation line. The best we could figure, long ago, a property owner must have purchased a lot that stopped at the state line – so he put up a fence to mark what was his. Kinda cool.

About two miles outside of Sam’s Gap, we came across a spring and tentsite, one not officially marked on the map. The site was small, but there was a faint side trail heading uphill, away from the spring. At the top, we found a space enough for us all and a large fire ring (with pre-stocked wood pile). Awesome.

I made camp and ate a big dinner. After listening to some music around the campfire and a failed Jiffy-Pop experiment, we went to bed.

I want to start putting up some big miles. I feel great. The weather looks better in the coming days – I didn’t mind getting my hands wet in the spring this evening, for instance.

I want to be in Damascus in eight days.

We’re getting some really high winds tonight. It’s probably because I’m on a mountain top instead of in a gap.

One more thing – the little rise I’m tenting on is very close to the AT. While I was returning from gathering water, I noticed the old barbed wire fence runs right up the hill and through the middle of our camp – I found a piece of barbed wire about two feet from my tent.

According to the barbed wire fence, I’m on the Tennesee side.